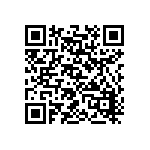 Raply is a rap maker community for those who want to express their talent and improve their rapping skills. This rap app is a supportive place for all hip hop lovers, where you can share rap music and videos with other music lovers like you.Raply will provide you with an online rap studio where you can record your own rap video with beats, freestyle and autotune it. With this kind of rap music maker you can sound like a professional rapper without spending too much time on that.In Raply, there is a feed, where you can upload your rap music in order to get a feedback for your creation or just simply be discovered by rap producers.With this rap app it is really easy to make rap music and share it in hip hop community or with friends on social media. You can record rap freestyle and share awesome performance to the world.Features:- A great variety of different beats- Video recording for you best performance- Autotune your voice- Feed of hottest raps in Raply- Sharing in social media for - Giving and receiving feedback from communityFeatures that will be added in future:- Rap beat maker: you can record your own rap music and beats- Rap editor: we will add an opportunity to make your rap beats, edit rapping and videos- Rap battle: you will be able to battle with other Raply users- Rap lyrics: while recording you can see your words, so you can record rap quickly without having to memorize words
Raply ประวัติรุ่น