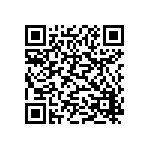 Remove China Apps APK has been developed recently is for removing certain china origin apps and gone viral over India. Within a short time, it hits the 5 Million downloads mark in Google Playstore, and reportedly most of the installs happened from India. This app’s development is kinda strategic way of getting popularity during anti-china feeling, COVID-19 and Bharat-china border disputes.

Remove China Apps APK is an android application which finds the installed apps on your android that is made by the Chinese developers as per the database. Helps you to quickly uninstall them in a single tap.

Even, it ignores preinstalled apps, but the thing is you won’t completely remove them since it requires root access. Still, the app is not yet supported for asking superuser permissions and might be they add this feature in future updates.

It is developed by the Indian startup called OneTouch AppLabs and these guys done a pretty good job.

It is a simple and straight forward application which doesn’t ask you any permissions after you install. But they need an android version of your device to enhance the performance in the coming updates. Blindly go for the app if you want to find apps which are originated from China.

We here only sharing the official version from the developer and will be updated as per their release. Now, without any further doubts, download the latest Remove China Apps APK file from below.